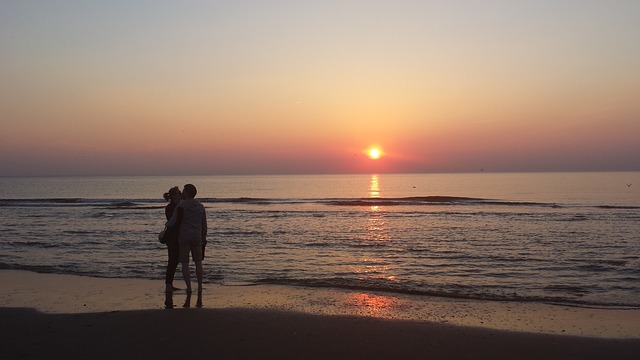 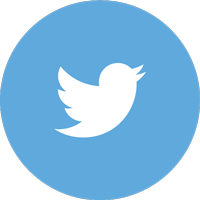 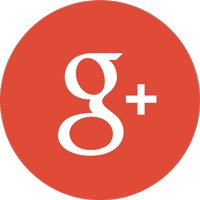 People want to be loved. We all know that. It sounds obvious when we say it. Most people believe that to thrive, they need to be loved.

But I’ll bet you’ve never really thought about why people believe that.

When people feel like they’ve never been loved the way they require, they often talk about learning to love themselves. Sometimes they talk about instituting self-compassion. That sounds like a good idea—the love and compassion you need have to come from somewhere, right? Why not from you?

Against all odds, a few people learn to love themselves and show themselves compassion. They speak highly of their gains, and we’re sure that they’ve now received the love they’ve needed all along.

That’s my job and my passion. I question things. That’s how I learn, and then I pass along what I learn to others, so they can develop as people and therapists.

I want to explain why this thinking’s erroneous, but first I’ll need to tell you a little bit about how emotions work. Once you get that, the whole puzzle should start making a lot more sense.

Let’s start with the nervous system.

Though the nervous system can be divided in various ways, it’s usually split into two branches, the autonomic and voluntary nervous systems. As the name implies, the voluntary system is what you can control voluntarily, like moving your hand or turning your head.

The sympathetic system is activated under stressful conditions. When sympathetic arousal increases, so do heart rate, blood pressure, and skin conductance. Less vital functions (in the short term) like digestion, reproduction, and remineralizing the bones are curtailed or shut down. Most people are pretty clear about all of that.

Well, no. It’s not that simple.

There’s no good or bad system.

Since we’re talking about emotions, let’s start with one we’re all familiar with—fear. It’s a fact of life that we’ve all been scared and we’ll all be scared again at some point.

When we consider fear, we usually think about the sympathetic nervous system’s response. As we all know, it prepares us for fight-or-flight. If the hungry tiger’s chasing us, we’re ready to run as fast as we can and fight to the death if we can’t escape.

Those aren’t our only options, though, We can also freeze. We can hide, act like statues, or play possum.

And those are parasympathetic responses.

The parasympathetic often activates to soothe the sympathetic and takes its edge off. That’s where it gets its good reputation. Modern life can be very stressful, and thus lead to prolonged sympathetic activation. It’s nice to have some down time to rest, digest your food, and enjoy a little sex.

The parasympathetic sometimes takes over when the body’s just too overwhelmed with sympathetic arousal, as an automated response to keep the body from burning out. In modern life, the sympathetic system gets overused. We’re not running from real tigers, but trying to escape from psychological threats that often spring from our own imaginations.

That gives the parasympathetic rebound the character of a safety valve. It’s vital, but it has costs. When people rebound, they often get sick. Work enough 60-hour weeks at a high-stress job and you’ll end up flat on your back with flu for 2 weeks. Vital, but not pretty.

Finally though, the parasympathetic kicks in where escape isn’t possible and resistance would be futile. Playing possum is a pretty powerless condition—terrifying, actually.

Though we often deny it, fighting’s sometimes our best option. If there’s any chance of survival, it’s better to fight the tiger than than to freeze and be devoured by it. The sympathetic system’s there for a reason. Not fighting can exact its own heavy toll.

Emotions can feature either sympathetic or parasympathetic activation.

Some emotions, like fight-or-flight, focus us outside ourselves. They’re active. They’re sympathetic:

Most painful emotions have a parasympathetic character. We withdraw, suffer, and focus on ourselves. Most sympathetic emotions are used defensively. We blame or look down on others instead of focusing on ourselves. They hurt less, but cause lots of physical distress.

Whenever something undesired happens, one of our first natural questions is who or what caused it. If we remain stuck at the level of blame, we can either blame ourselves or blame something or someone outside of us.

Good therapists must always account for both, whatever their clients tell them, because both are always present.

The parasympathetic and sympathetic responses to the same situation are both always present. The same event elicits both shame and rage. A different event might elicit both sadness and anxiety, or apathy and anger.

This back-and-forth takes a huge toll on their bodies, which over time break down into chronic disease states.

I want to mention one final piece here, and it’s something else Freud discovered. Anxiety, he wrote, was the price of avoiding future trauma.

Given what’s been discussed thus far, here’s the logic behind that statement. The most painful emotions are parasympathetic. We’ve covered that. Because they’re so painful, they’re more likely to be bypassed and lead to trauma. (If you don’t understand that terminology or that logic, this free video series explains it fully. I suggest you check it out.)

Anxiety is easy to produce—by worrying. If we worry and become anxious, we increase our sympathetic activation. When something happens, we’re more prepared, so it doesn’t hurt as much. We don’t bypass, and we’re not traumatized.

All of that worrying and anxiety carries a heavy cost, though. Over time, it ruins our health. All defensive emotional patterns do.

Admit it—you thought I’d forgotten the topic, didn’t you? I didn’t, but it took some preliminary explaining to get back to it.

Acceptance is less finely tuned, but it belongs in the same conversation.

These emotions are neither stressful nor painful. Instead, they’re how we would feel if we lived our lives correctly (that is, optimally, given our human design) more frequently.

That balance of the two nervous systems gives emotions like love, compassion, and acceptance an interesting feature: It helps balance out and regulate all of the stressful and painful emotions. In fact, despite all the popular techniques therapists learn (and teach their clients) to help regulate emotions, this kind of positive affect is the only thing that really does it effectively.

The popular techniques just send people back and forth between the sympathetic and parasympathetic realms. They blunt the rage or the shame, but they go now farther. The client has to learn to cope with whatever’s left.

Only positive affect erases the pain and stress and restores people to a balanced state.

Infants need to be loved.

That brings us, finally, to why being loved feels so important to us.

As infants, we have very little control over our nervous systems. We sleep a lot. We fuss when we’re hungry or need to be changed. We trust the adults to take care of us.

We’re primarily in a parasympathetic state, open, trusting, undefended, and susceptible to emotional pain and trauma. We haven’t learned to defend ourselves yet, and we wouldn’t be capable of doing it even if we knew how.

When our caregivers feel love towards us, we’re open to it. We have no real boundaries yet, and our bodies respond immediately to others’ emotional states. It’s like the love completely fills us up. Our caregiver’s love completely regulates our emotional pain. It’s utterly reinforcing.

Furthermore, it’s true that extreme parasympathetic states sometimes cause people’s hearts to quit beating. Extreme emotional pain feels perilously close to dying. We not only want our caregiver’s love, but at a deep level we also know we need it to survive.

Our issue is no longer needing love to survive. Instead, it’s become needing a balanced autonomic nervous system to thrive and grow closer to becoming who we always could have been.

We need to quit bouncing back and forth between lower emotional states that hurt us and stress out our bodies. Instead, we need to live as the highest, most loving possible versions of ourselves. We want to feel good, but the world needs us to reach and maintain that optimal state, too.

Only achieving that will help the world reach and maintain the levels of acceptance and compassion it will need to continue moving forward from darkness.

Others’ love won’t help us do that. We now carry too much emotional baggage for their love to regulate our emotions. We have to rebalance ourselves by accepting our emotional pain and working through it without defensiveness. ADEPT Psychology has an entire treatment protocol that helps people do that.

Self-love and self-compassion? They’re not about receiving the love you need. As I’ve pointed out before, love is everywhere. It’s always trying to flow through you freely. Your blocking its flow caused your parasympathetic pain to begin with. Removing the blockages will remove your pain, but doing so requires some focused work.

The upshot is, you don’t need to love yourself. You just need to love. Don’t get stupid about who you trust your heart with, just quit damming up love’s flow. If specific people are too scary to trust, then find better companions. Love all life. Love the world. Focus outside of yourself. Just keep the love flowing.

It’s not yours. You didn’t create it, and only spreading love allows it to grow. So start spreading it. 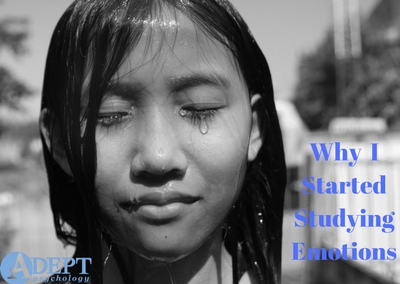 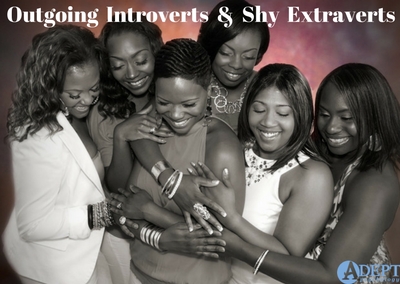 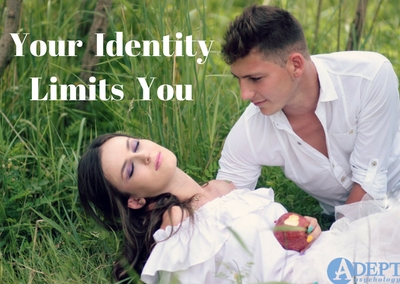 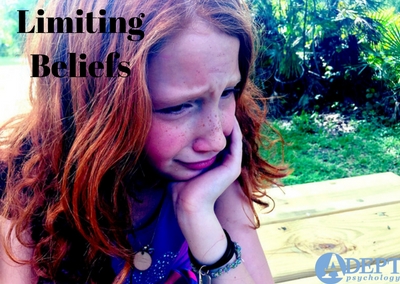